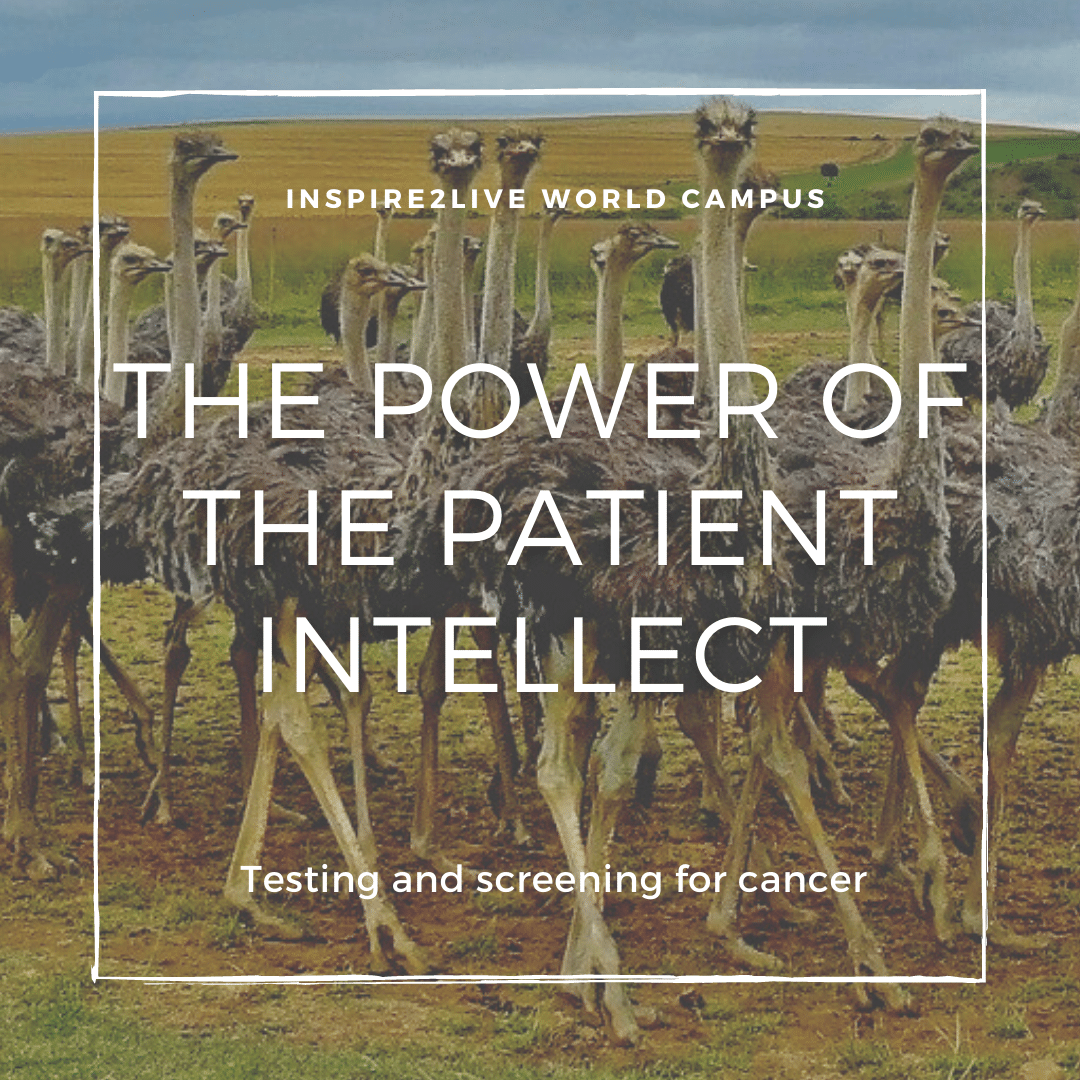 The British National Health Service tests for prostate cancer only when there are clearly identified symptoms, determined by a doctor. Even though many men and their family have reasons to want a test before they have clear symptoms. There is a rationale for the reluctance to test: the prostate cancer test when applied to men indiscriminately generates many false positives. For example, when men are tested without symptoms, the fraction of men whose test says they have prostate cancer and indeed do have a worrisome cancer, goes down. The predictive value of the test plummets.

Doctors (should) know why. When tests are taken from people of a group without clear indications of a heightened risk for a cancer, the group who tests positive will contain a lot of people with no cancer at all or who have a cancer that is benign and does not require treatment in the first place. Many prostate cancers appear at a late age; before any symptoms show up, the person in question would most likely have died of another cause.

I wrote that doctors should know. Patients would want to know as well. At least they should be helped to understand why the English doctors are so reluctant. The explanation is delicate. Not necessarily because it is hard to understand. More so because the issue is loaded with tremors of fear and unease.

How to discuss a case like this with an eye for the patients’ reason and the rationale of the doctor? May seminars help?

The power of the seminar

What is a seminar, and what is its power? The word is derived from the Latin seminarium “breeding ground, plant nursery”.

Consider a seminar a free space for deliberation, speculation, argument, thinking aloud and a place in which one honors free thought and disciplined thinking. Convenient half-truths are not accepted in a seminar.

Seminars are designed such that participants may talk about topics and are allowed to err. Those present are expected to take an active part in debate. But the freedom does not mean permissiveness. On the contrary. Without freedom, no reason; without reason no freedom.

Sometimes a seminar is like a tutorial. For example, a participant is given the opportunity to make an argument, presents a key idea or both. After which debate follows, comments are given systematically or interactively. In science seminars are often lead by a primus inter pares: a first among equals. S/he is the group leader. Seminars challenge reason and rationality.

Let me explain why I put reason and rationality side by side.

According to the brilliant science historian Lorraine Daston, reason is freely working things out by our individual intelligences. Her view largely agrees with what the Oxford English Dictionary says about reason, which is “the power of the mind to think and form valid judgements by a process of logic”. In contrast, rationality is viewed by Daston as thinking and communication in the sense of playing by strict and consistent rules, which might be someone else rules, the (dominant) culture’s rules, but not yours. The Oxford Dictionary is not very helpful regarding defining rationality because it circles back to individual reason. In Daston’s formulation the two stand clearly apart.

So what is the right way to test and screen for cancer?  This is a question that needs to be addressed, debated and clarified. The patient’s intellect meets the rationality of the medical system. The seminars are an ideal place to lead the debate and provide answers that bridge the gap between reason and rationality.