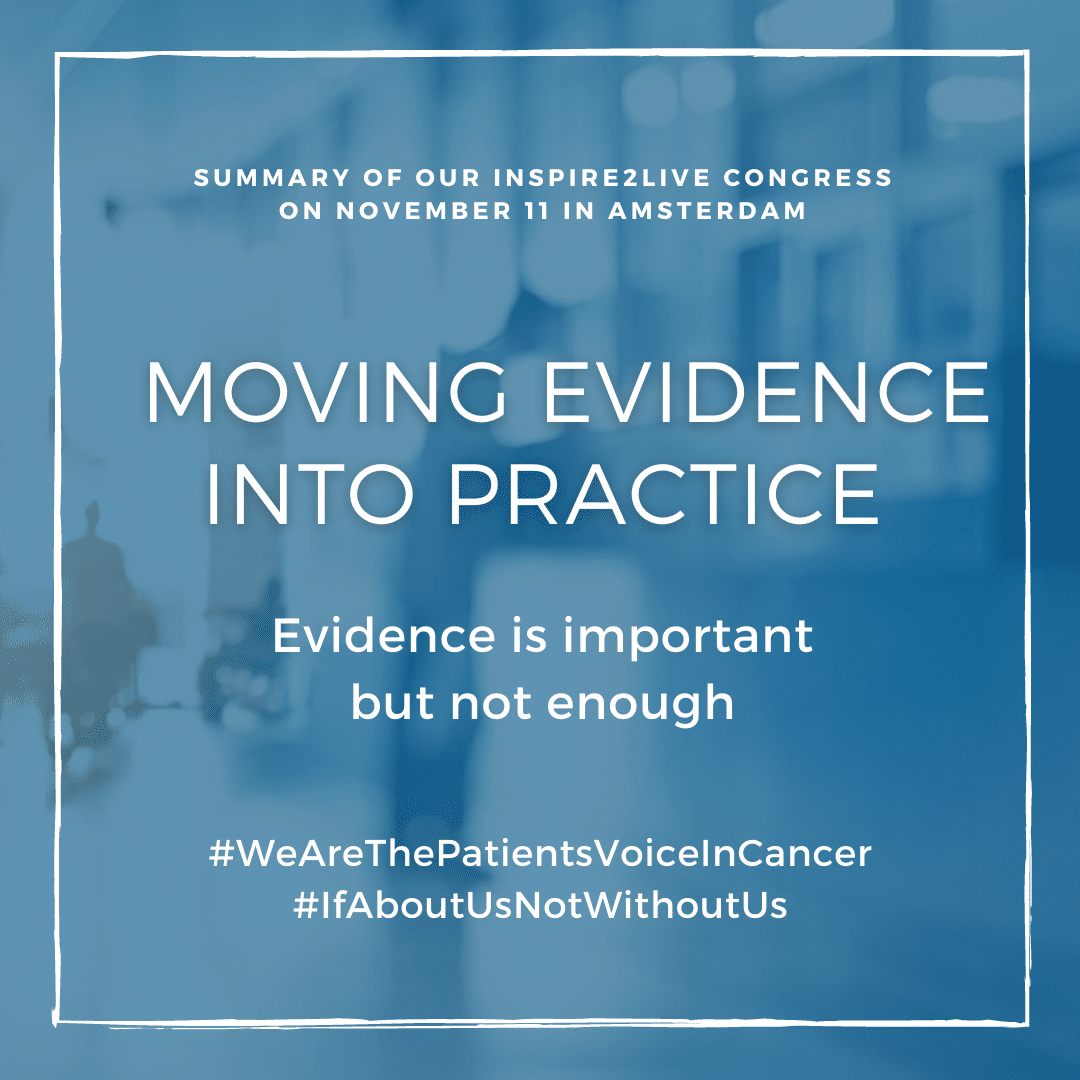 On November 11, Inspire2Live organized a one-day congress to bring the best techniques for screening, diagnosis and treatment of prostate cancer to the patient, however this wasn’t as simple as it seemed.

This theme congress was called ‘Moving Evidence into Practice’. We learned that evidence is important, but it’s not enough.

There is still a lot of resistance to the PSA test as a primary screening method as this test leads to many unnecessary biopsies and overdiagnosis, resulting in overtreatment. It is clear that using MRI as a second test in men with increased PSA levels is the way to go, because MRI reduces unnecessary biopsies and overdiagnosis. MRI is definitely more precise than old-fashioned diagnostics like the unnecessarily painful “12 needles in the butt”.

After the diagnosis has been made, treatment is required and the combination of MRI and radiotherapy is the most promising way to go. Hundreds of patients have already been treated this way in trials. The precision that can be achieved by this technique limits side-effects like impotence and incontinence although this treatment is no longer performed by the urological surgeon but by the radiation oncologist. One can imagine that this also means resistance.

Evidence is important but it’s not enough

There is enough evidence for doing the screening with PSA, the diagnosis with MRI and the treatment with MRI-guided radiotherapy. We know from the science perspective that this is the best way yet: we can treat this way as doctors and we want to be treated this way as patients. So, we know what the best way is, we are able to do it this way and we want to do it this way. Now we have to join forces, because we will not get very far in the near future by ourselves as scientists, physicians and patients. The barriers are too high.

Nevertheless, when we stand up together and join forces, we are able to move evidence into practice. That is the message that was brought to public attention in our congress. And that is what we are going to do.