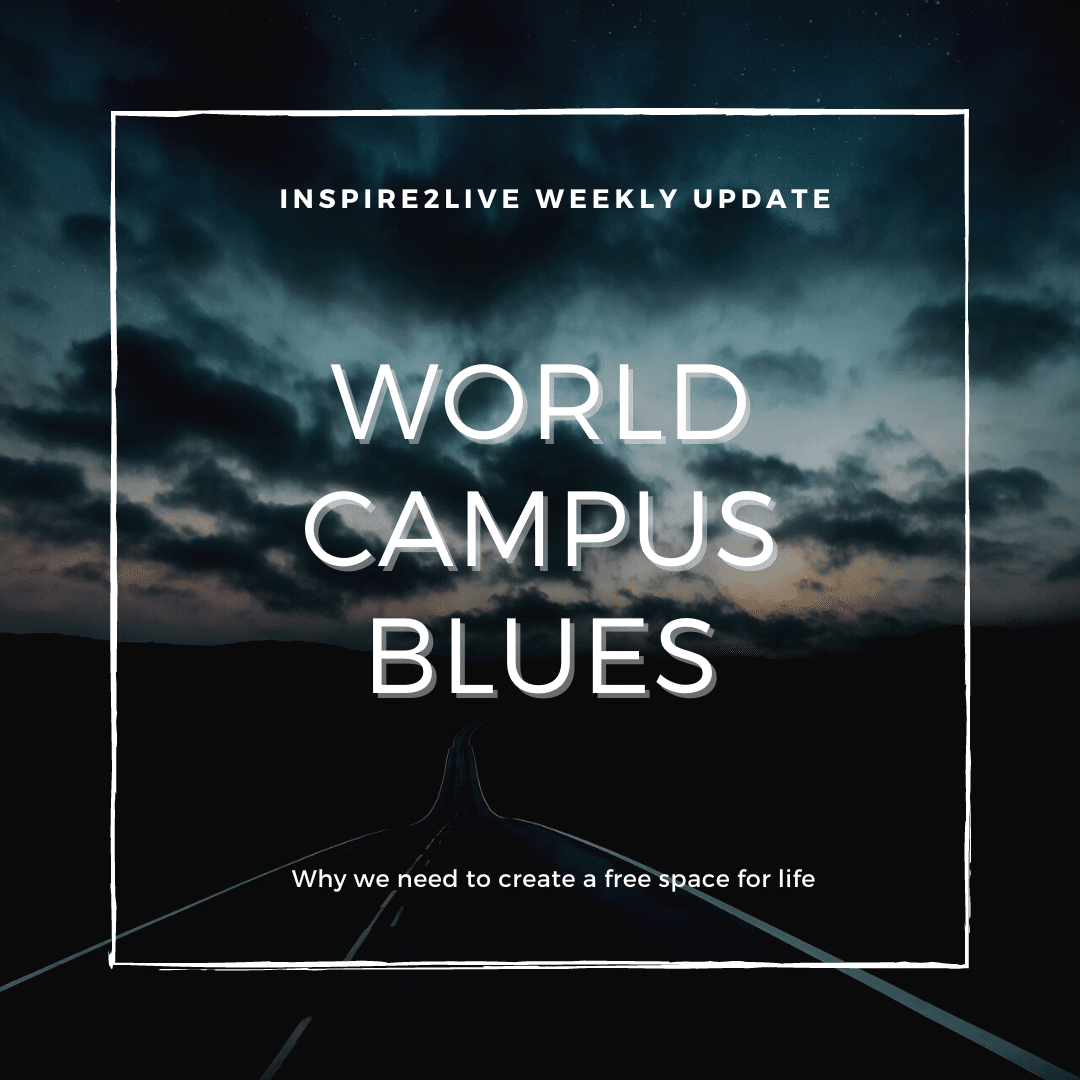 Since I co-founded and re-joined Inspire2Live, my mood has always balanced between upbeat and sadness. I want to share with you some personal items regarding why I am so moved. It may give a glimpse what drives me to create with you a World Campus, which I was given the honour to initiate, establish and coordinate.

Apart from being a father of three young adults, an artist and researcher, there is always, on my computer and on my laptop, the presence of the hubs. I was not part of Inspire2Live from August 2014 until January 2020. When I attended the Annual Congress of 2020, I had no idea Covid19 was coming. I watched the photographs of the people we had lost, due to cancer. I had been away for 7 years. I was shocked. So many people I had worked with, made plans with, were not there anymore. I had been away for health reasons myself. It was clear to me that I might have passed away in those years. Not because of cancer, but of other afflictions, serious enough to unhinge or even to wipe me out forever.

Ilona Schelle approached me in the final hour of the conference and suggested I would write a reflection on the Annual Congress. I had organised the first congresses in 2011, 2012 and 2013. I might be the ideal critic. One critical point was obvious: I still felt epidemiology did not get the central role that it deserved. I knew the Dutch Cancer Society KWF spends less than 5% of its annual budget on epidemiology and prevention. “Epidemiology is not sexy”, is a catch phrase. Well, Covid19 changed that.

I looked around in the Hall of the Royal Academy of Arts and Science. A second thought immediately came to mind: Inspire2Live was from the start an international movement. We were convinced that to look cancer in the eye, one had to collaborate with patients, cancer researchers, doctors and caregivers everywhere. We have explored Europe, North America, we are well represented among genders and colors, but we had left a lot of space on the world map blanc. Where are Asia, Africa, Latin America and Australia?

When I watched the photographs and names of the men and women we had lost and knowing I might not have been there as onlooker, because of my own problems, I realized that despite the losses, Inspire2Live lived on, with or without me. This may come closest to what drives me to create and coordinate the World Campus: to create a free space for life.

The creation of the World Campus in times of Covid19 has given Inspire2Live a swing. We had to cancel our 2021 Annual Congress. The start of our next 10 years will be celebrated without hugs and intimate conversation, drinks and food. But we start the next 10 years with more confidence than ever. Inspire2Live and the World Campus are here to stay.