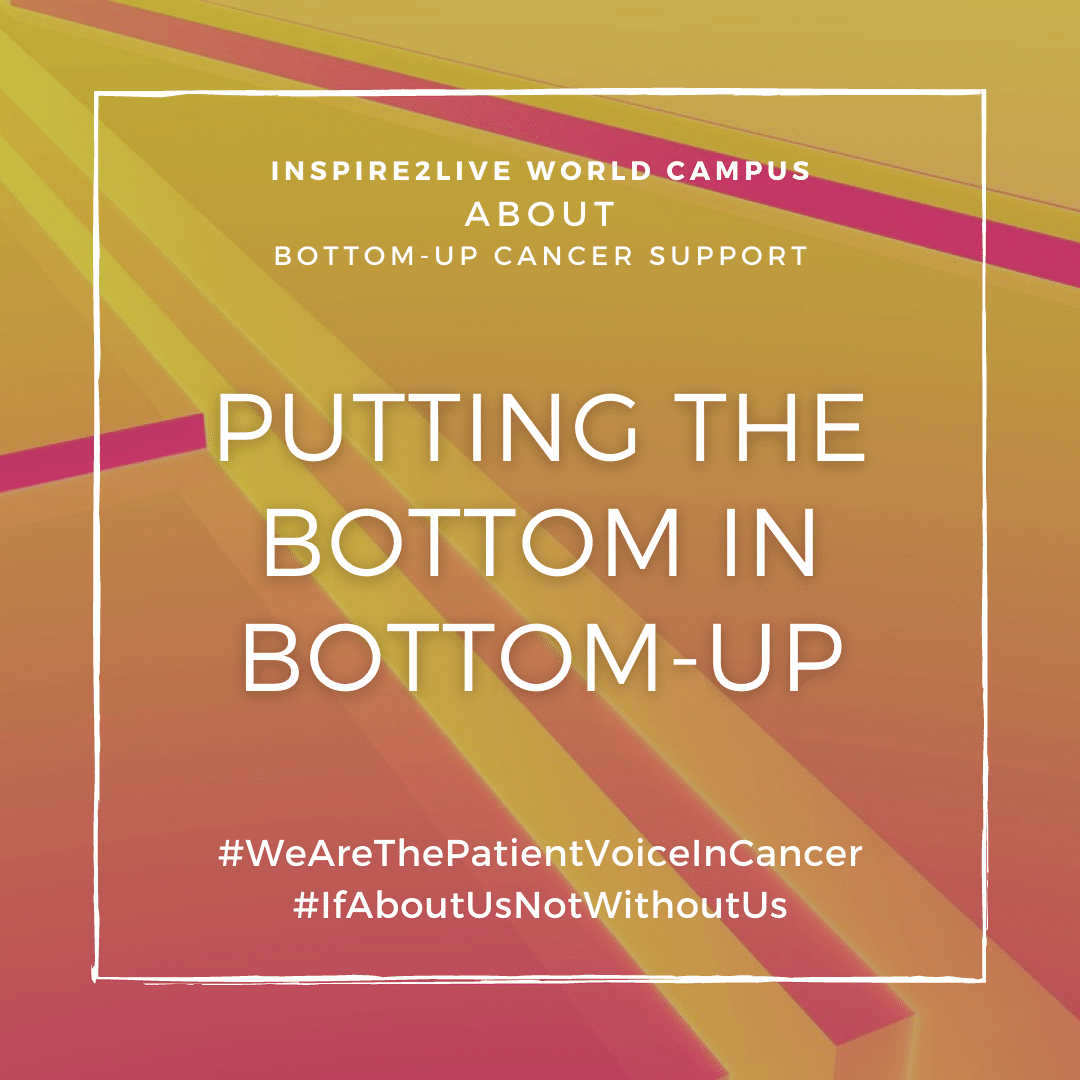 In 2020/21 the World Campus gained critical mass in less than a year. The point on the horizon is what we call Bottom-Up Cancer Support (BUCS). This means that we seek reciprocal action with highly committed groups which are active locally. We work bottom up, striving for a system of cancer care that reaches ALL world citizens.

The objective has now shifted from gaining critical mass globally to organizing critical mass in each continental region e.g. in the Middle East. We want to achieve critical mass on every continent with, as a rule of thumb, a minimum of 10 hubs distributed over different regions and countries.

Before COVID-19 turned out to have such a devastating impact on the global population, our idea was to create educational materials for all topics central to the World Campus. This year we will start with a blueprint for raising awareness and education for cancers associated with human papillomavirus (HPV) e.g. cervical and oral cancer, advocating prevention through vaccination. Education and awareness go hand in hand: education starts with awareness campaigns which precede the accomplishment of educational goals.

In previous articles I have often focused on a description of our work at the teamwork level rather than in terms of topics or strategic goals and now is a good time to explain why. Let’s start by “peeling the onion”: We start by raising awareness, before going deeper to educate people and achieve behavioural change, and ideally ending with the creation of lasting impact.

When science delivers evidence-based policies, factors that are clearly relevant to local stakeholders are often neglected. The current model focuses on what is generally important, rather than what is relevant in the local context. Locals know what is locally important but, as a rule, they do not know that their knowledge could also be relevant. When evidence is published in the best journals, presented in important conferences and believed by officials and policy makers, who are we to say NO?!

Who are we to speak up and say that it doesn’t work like that here? We have to put evidence in context. This is just one often neglected reason why we need local capacity: to ensure that we have knowledge of the local conditions and the capability to act as a united group of people.

This is the extra meaning of the bottom in bottom up. Chemotherapy may be the norm for many cancer treatments however it is not available for most people in the world. These people won’t tell you this because they don’t know it may be a viable treatment for their disease. They don’t even know that they may have cancer and there is often nobody to tell them.