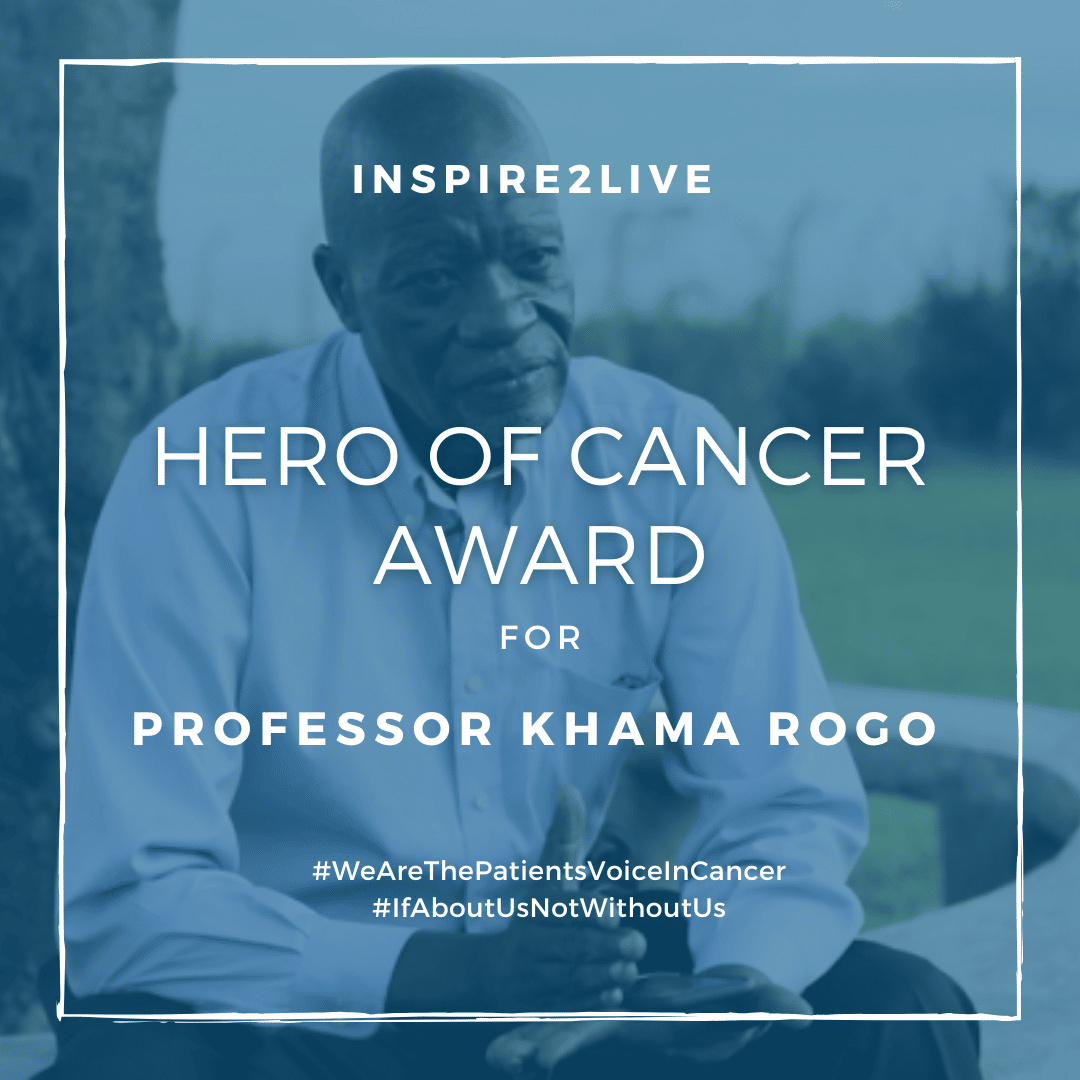 Professor Khama Rogo was trained as an obstetrician-gynaecologist before earning his MD/PhD in Gynaecological Oncology in Sweden and serving in academic medicine across three continents. Public health held his interest right from the beginning and the position of African countries on this topic became his main focus.

Khama has held numerous positions such as President of the Kenya Medical Association, President of the Kenya Cancer Society and Chairman of Kenya’s National Council for Population and Development. He is also the founder of the Nairobi Oncology Centre, the only specialist cancer care and advisory clinic in East Africa. Moreover, despite everything that had already accomplished, Khama still felt that something was missing and went on to initiate two additional hospital programmes in Kenya, namely the Sagam Community Hospital in rural Siaya and the Nairobi Women’s Hospital.

Furthermore, Khama has published over one hundred peer reviewed papers, chapters and books and served as a consultant to many international organisations including the UN/WHO, UNFPA, UNICEF, USAID, SIDA, DANIDA, the Dutch government and DFID.

At Inspire2Live we got to know him through his close friends, Joep Lange and Jacqueline van Tongeren. The first time we heard Khama speak was at their memorial service in 2014 and his words made a tremendous impact on us. We will always be there to support him because we know how incredibly hard Khama works for patients with cancer and other diseases, with his actions serving as an example and an inspiration for everyone involved in healthcare and research.

In short, when Khama speaks, others listen.

We are therefore extremely proud to award him with the ‘Inspire2Live Patient Advocate Hero of Cancer Award’.