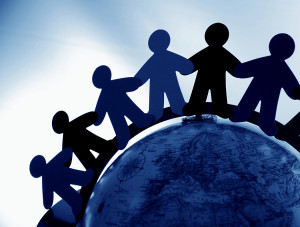 Last week I met with two passionate research physicians working on esophageal, stomach and pancreatic cancer. Patients suffering from these forms of cancer nearly all die, because hardly any research is being done. We don´t know anything about these patients. Many of them are treated palliatively only. As a basis for research and the development of new treatments, we need to record of data and collect tissue and blood samples. And this requires money. Money that’s not available. Funding for cancer research is scarce. Who is going to make it happen?

Leo Szilard’s 1961 story ‘The Mark Gable Foundation’ describes how the advance of science can be frustrated (so that less funds are needed) by a non-profit organisation set up for this purpose with the money of a wealthy man. He thought that progress was going too fast. “How do you slow down science?” was the question raised by The Mark Gable Foundation. Leo Szilard´s answer said a lot: “You can ask the best scientists to sit on a committee awarding a prize for the best scientific work every month. As a result, older scientists will be removed from productive work in their laboratories and kept busy awarding prizes and doing lots of traveling. The younger scientists will be left behind and they will focus on the obvious, which is pretty certain to lead to publishable results. Because that is what it’s all about: publishable results! That being the case, science will increasingly focus on safe and risk-free research, making it impossible to achieve breakthroughs”. Cynics would now say that this is nonsense and science fiction, but Leo Szilard was no fool. He was smart enough to participate in the Manhattan project, along with a company of others. Working on that project, he knew all about fast progress and how to organise this along the lines of science. He also knew how this process could be frustrated.

Of course, leaving the beaten track requires a sense of urgency, which is hard to demonstrate nowadays. What is urgent and who determines that? In the days of the Manhattan project this was a no-brainer: there was a common enemy and that enemy was on a collision course. Apparently, such a sense of urgency is lacking in cancer research. A serious and smart scientist like René Bernards on a popular Dutch television programme asked for EUR 5 million per year – for a period of 20 years – to solve the problem of cancer. It must be said that 20 years is a very long time, to say the least. We should and could move faster, but the funds simply aren´t available and that is why the cancer problem is not resolved. Is that odd? No, not really. The problem is that the sense of urgency is not demonstrated convincingly enough. And it takes a sense of urgency to convince people. Just think of the Manhattan project.

The solution can be found in cooperation. Some scientists tend to become very prickly when I mention this. After all, people are already cooperating and sharing knowledge, aren´t they? That´s what people say, but we know that is not the case. Within the walls of individual institutions, things aren´t so bad most of the time. However, cooperation at country level is more difficult, and cooperation across national borders is a real problem, despite there being a few good examples. Cooperation, in my book, involves patients, doctors and scientists spending time together. They should work together. Then the sense of urgency becomes self-evident. For example, by spending time with a patient suffering from bowel cancer with multiple metastases. On the basis of mutual respect and equality, of course. As a doctor and a scientist, that is when you become acutely aware of what´s urgent. Jointly determining ´what´ needs to be done and investigated. The patients determine ‘why?’, as they are the only ones who can do this. Next, the doctors and scientists can determine ‘how?’ and together with their patients they can do the treatment. Together with their patients? Sure, how else are you going to collect your data? Your tissue and blood samples? The basis of research, of course. Working together with patients will make everything a lot easier, including applying for funds. This approach will help raise funds, because it creates broad support and enhances quality. It will make funding proposals much more successful. And this includes research that isn’t ‘safe’. Research that leads to breakthroughs. And, it must be said, research that sometimes leads nowhere. But supporting safe research alone won’t get us anywhere fast. But it will be safe. You will never get knocked on the head. But is it really yielding results fast enough.