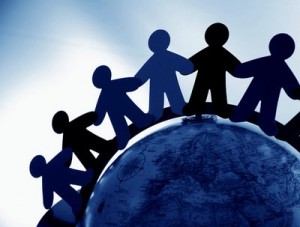 What we often fail to realise is that doctors and scientists also don’t know everything. That needs to change. And we can change it. Every day, when patients, doctors and researchers get together to discuss a project on an equal footing, I can see we’re making huge progress. Just keep on going and never give up. There’s too much at stake to stop. Get over your disappointments. Turn your emotions into your strengths. Yes, I know it’s dreadful if someone becomes ill. And it’s far worse if they die. But what happens if you then give up? Ten million people die of cancer each year. That’s got to stop, and we can stop it. Patients, doctors and scientists: we’ve all got to do things far better. Patient Advocates are taking the initiative.

The best cancer care starts when you first suspect you might have cancer. The next step is the diagnosis and, if it turns out you’ve got cancer, the initial and follow-up treatment. There are also psychological and social aspects to consider. When are we in the Netherlands finally going to understand this? We’re really lagging behind! The good news is that we don’t need to reinvent the wheel as other people have already done that for us. All we have to do is put it into practice. And Patient Advocates are there to show us how.

Various groups, all with their own specific interests, get involved when someone has cancer. Hospitals, research institutes, the pharmaceutical industry and the government. All of them from their own perspective, and all claiming to act in the patient’s interests. But that simply doesn’t work. There is only person who can act in the patient’s interests, and that is the patient and her loved ones. ‘That’s also important, Peter, and that’s something we do alongside all the other things’. I’m really pleased with what you have done so far, but from now on we need a different approach. Patient Advocates take action themselves.

Within Inspire2Live we work with a wonderful, highly motivated group of Patient Advocates. They are patients, former patients, and the friends and families of patients. A group that is going to make a difference to patients’ interests in the broadest sense. A group that is already making a difference. We’ve started. And we’re never going to quit!

READ MORE
We use cookies to ensure that we give you the best experience on our website. If you continue to use this site we will assume that you are happy with it.OkPrivacy policy