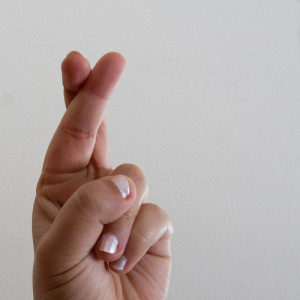 My father lost the battle against prostate cancer on 23 March 2011. I’ve been living with cancer since 7 January 2005 and have so far been winning the fight. Is it right, once you’ve been diagnosed, to speak of a battle with winners and losers? Or is it simply a question of bad or good luck?

These, however, are the wrong questions to ask, and answers to wrong questions are irrelevant. There ought not to be anything such as bad or good luck when we’re talking about beating cancer. And if there is, we need to make sure we drive it out of existence. Defining it as a battle gives you the strength to direct your motivational force. To increase it. Those who are no longer with us can help us to move forward. To never ever quit. That’s our promise to them. Obviously the patients are what matters. But just like never ever quit, what also matters are the doctors and scientists. Together these three groups are taking on the challenge of putting an end to cancer as a fatal illness. And seeking to turn it into a chronic illness that you can have and still continue to enjoy a good quality of life. Getting cancer under control. That’s what it’s all about. And that’s a fight. A battle. With winners and losers. But it’s a battle where we’re all focusing on one thing: on seeking to ensure within a certain period of time that everyone can be a winner. And there’s nothing wrong with that.

Until not so long ago – and many people still believe it – we pinned all our hopes on science. What we needed was to know more about cancer so as to come up with better ways of treating it. These treatments would result in new outcomes, and the scientific world would then use these outcomes as the basis for taking the next step. And that’s how things went for centuries. But for centuries things also went slowly.

Patients, doctors and scientists now need to take joint responsibility for what needs to be done; in other words, to cooperate. It is the patients who should determine the urgency. Their drive and energy to fight the battle is the ‘why’ of the battle against cancer. And this battle is being fought by a fellowship. Joint action is the answer to ‘what’ needs to happen. This has to be driven by the research that is of most benefit to patients. That’s not the same as what constitutes good research. That’s irrelevant. A lot of the research that is done is good, but of no benefit to patients. I admit we need fundamental research, but applied research is a way in which we can achieve huge steps forward. And that’s where the three groups come together. To decide on this and to apply it. The ‘how’ in this respect is the domain of scientists and the medical world. We patients don’t need to get involved in that, although we can and indeed must help. By making patients’ data available for research that is as broad-ranging as possible, for example. And by stopping moaning about privacy. Legislation and regulations have constrained researchers and doctors on all fronts, and often scared them unnecessarily. Sometimes we simply assume that something isn’t possible, whereas – with a bit of creativity – solutions can be found. Bob Pinedo and Joep Lange have proved this time and time again over the years. And they’re by no means alone. Many researchers and medical practitioners, however, have been too frightened to move beyond the confines of their laboratories and hospitals. And these are the people we need to help. That takes courage. And there’s no time to waste. The ten million patients who die of cancer each year are waiting.

The good news obviously is that scientists are ready to take on the challenge. And they prove this day after day. But not everyone in the research world, and not every doctor, is on board. That’s why patients need to ‘stand up and be counted’ and demand a role for themselves. To help researchers and doctors find the right answer to ‘What needs to happen?’ So never ever quit and don’t use bad luck as an excuse for being thrown off course.