In the summer of 2005, two cycling friends came up with the bizarre idea of cycling up the legendary Alpe d’Huez six times in one day. This was not for fun, but to raise funds for the fight against cancer and to improve life for the cancer patient.

Quickly, the two friends found a small group of fellow enthusiasts to join them in the challenge. Despite all the scepticism like ‘You must be mad’ and ‘You’ll never make it’ were some that were more polite, so they carried on training and collecting sponsors. On the 6th of June 2006, at 6 minutes past 6 in the morning, it was time to prove the sceptics wrong and start what has since become an international movement. They came, they saw what was ahead of them: exhaustion, heat and cramp but also friendship; and together they conquered and achieved their goal all under the motto of ‘Never ever quit!’.

By the end of that magical day almost all the cyclists had reached the summit six times. They had raised close to four hundred thousand euros, every single euro of which went to the Dutch Cancer Society. Everyone was elated, but back at home they found it difficult to explain exactly what had happened that day. That was when the organizers decided to make it more than just a one-off event. The rest, as they say, is history. Tens of thousands of people are now involved and hundreds of millions of euros have been raised. 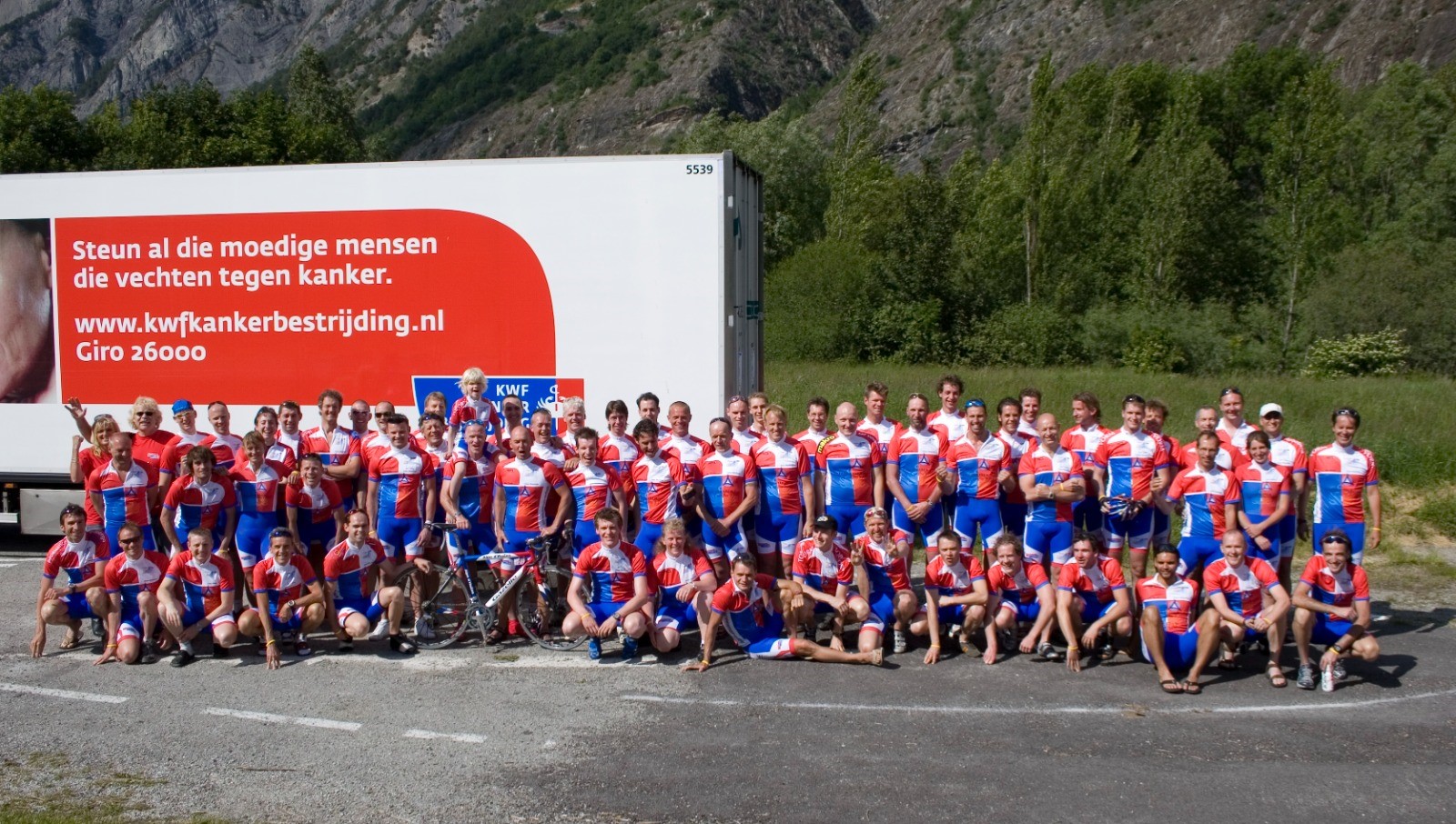