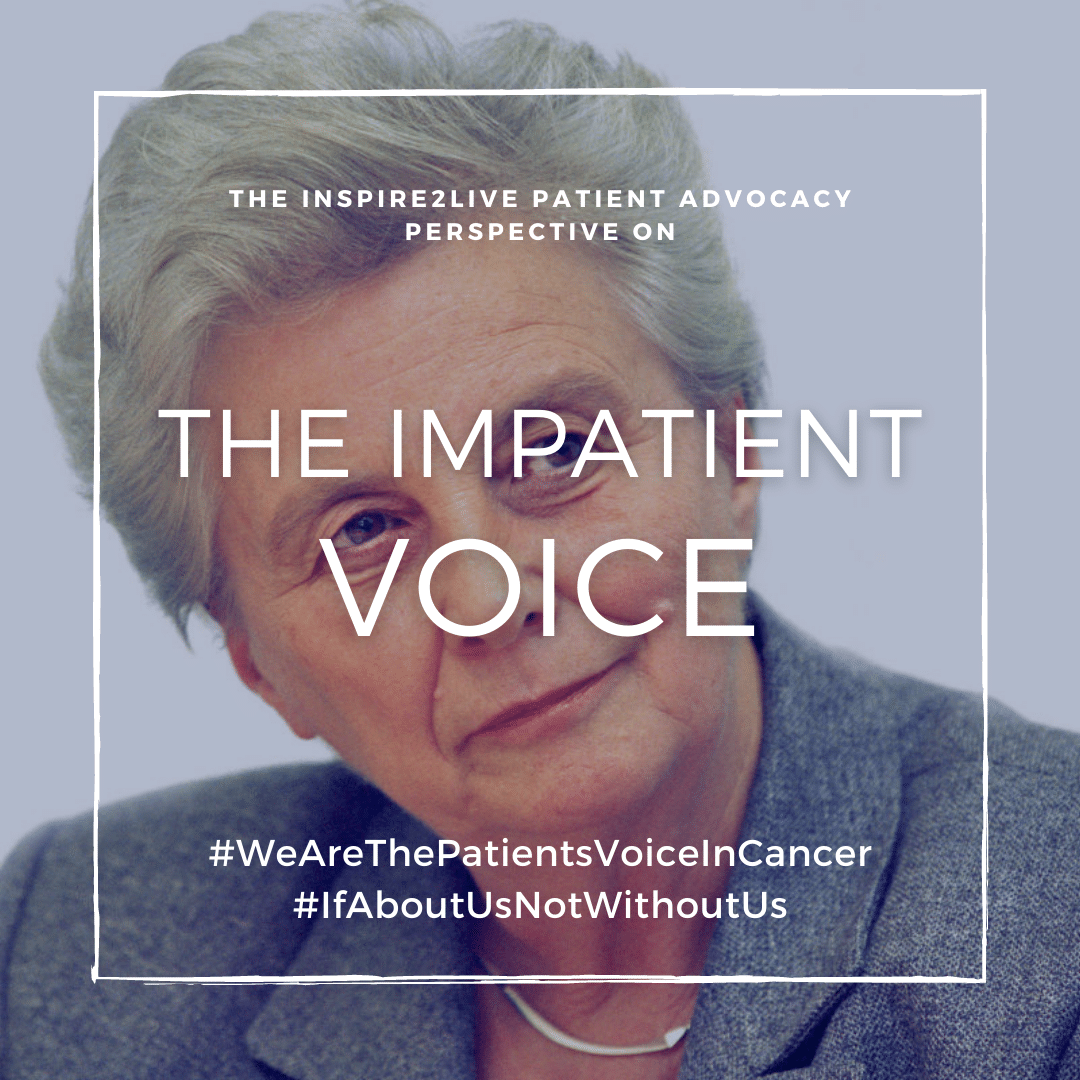 Inspire2Live has become a worldwide circle of friends which enables us to feel this closeness across any distance. We have scientists, clinicians, officials, loved ones and patients among us and we all do our best to contribute to the lives of those who have cancer.

I think the most important thing that unites us is the “Impatient Voice” : The urgency, the outcry of those whose lives are on the line, the patients are the ones who have no time for patience.

The best story I know to illustrate this comes from the recent biography of Els Borst, a great friend of Inspire2Live, and a towering figure in the history of medicine in the Netherlands. She was a medical researcher, a manager of one of the biggest hospitals, a Minister of Health and much more. She was active in the 1990’s when AIDS was ravaging the world. In the mid 1990’s it was discovered that combining several AIDS inhibitors could actually stop the disease without developing resistance. However, the usual approach was to do long-term trials, which took years, preventing patients from getting the drug in the meantime. The officials in charge of the registration and release of medicines were adamant and they stuck to the protocol.

Finally a group of patients together with scholar activist Joep Lange succeeded in setting up a meeting with those officials and with the minister herself.At one point during the meeting Els Borst turned to one of the officials who was protesting and said: “I understand you are not in a hurry, but then, you also don’t have AIDS” and, thanks to this intervention, the combined therapy was approved six to nine months earlier than expected.

Els Borst accomplished great things, but sadly her life was cut short when she was murdered by a severely deranged man in 2014 at the age of 81.

Els remains one of our most beloved Patient Advocates (she actually survived breast cancer at the age of 78) and Scholar Activists of Inspire2live, and a shining example of what humble humanity can achieve. Such are our fellows!

I wish you all peace and love in this festive season in the hope that ever new inspiration and energy will find you in 2022.