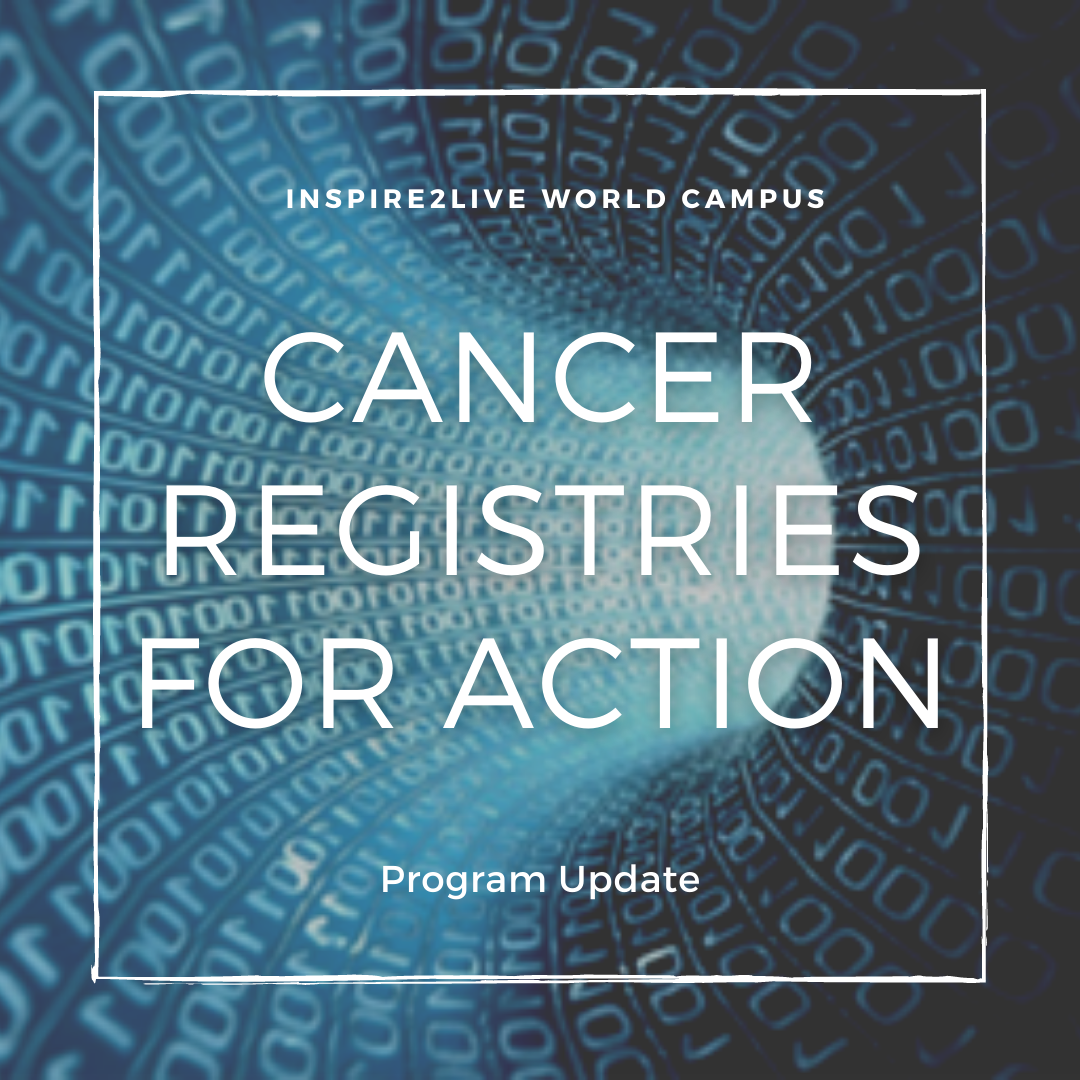 Over the recent past, efforts aimed at getting a good picture of the global burden of cancer has brought into focus disparities in the availability of data among different regions. Unlike the situation in developing countries, many of the industrialized countries have well-grounded data collection systems that inform their cancer prevention and control programs. Cancer incidence reports by WHO-IARC1 show that the global burden is tipped towards developing countries and the need for cancer registries in these regions cannot be over-emphasized.

While cancer registration and surveillance is recognized as a key pillar in all cancer prevention and control efforts, only 5 out of 51 cancer registries in sub-Saharan Africa, are included in WHO-IARC’s prestigious CI5 XI2 report.  In contrast to other developing countries, 135 registries listed with International Association of Cancer Registries and running in 60 countries across Latin America and Asia, 60+ registries have data reported in the above report.

The last two decades has seen the number of cancer registries in developing countries grow significantly from 65 to 145 which is an encouraging indication of commitment on the part of these countries (regions) to establish this important pillar for the development of cancer prevention and control programs.

Making Data Available for Optimal Use

After having identified gaps in the availability, access and use of data across the entire cancer patient-care continuum, Inspire2Live is assisting with efforts geared towards setting up cancer registries which are responsive to the needs of existing patient-care services. An effort to establish a population-based cancer registry in Western Kenya region is underway and it is expected that data generated from the registry shall be used to inform health service delivery needs as well as advocacy for patient-centered policy formulation and planning within the County.

Inspire2Live affiliate in Armenia is currently working with cancer registry resource people from Netherlands Cancer Registry (IKNL) to prepare the ground and give breath to a national cancer registry covering the entire population of Republic of Armenia. Among the challenges that are currently being tackled is creation of an electronic platform which will allow case-finding, coding of diagnosis and holding data in a registry database(repository).

‘Cancer Registries for Action’ program is assisting with the exploration of starting a specialty cancer registry in Brazil to attend to various data users working on issues related to a rare cancer known as xeroderma pigmentosum (XP). Unlike regular cancer registries, this registry should provide data/information on patient count as well as select variables that are of importance to a variety of XP data users including clinicians, epidemiologists and researchers who are working towards improving the quality of life of these patients. XP patients are known to have a 10,000 fold increased risk for developing skin cancer including melanoma.