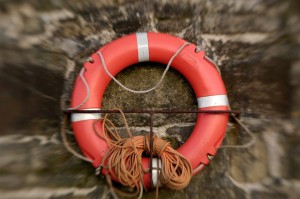 “Save my tumour – it might save my life.” I heard that while talking to George Coukos in Lausanne. The discussion was about using tissue for the research into cancer. Samples of human tissue, such as skin, cells, blood and saliva, are needed for research. George is a great advocate of taking tissue and freezing it for later use in research. Freezing it and not placing it in paraffin wax. As George explains, once it’s been put in paraffin wax it’s no longer useful. I was already a supporter, but even more so after the visit and the chat with George. Yet I’ve changed his statement slightly: “Save my tumour – it might save your life.” You don’t store tissue just for the patient’s sake. You do it for the patients going to be treated in the future. Tissue is taken to enable research, but that research shouldn’t be limited to the person who donated the tissue. After all, patients always want to assist where they can in research. For everyone’s sake. It’s something everyone knows, yet an enormous number of restrictions are still being imposed. Not by patients though.

“It’s unbelievable how much we’re being impeded by legislation and regulations.” That’s grist to the mill to an anarchist like me; government has an unbridled urge to make laws and rules that restrict people. There’s not a lot we can do. But is that true? The Patient Advocates group of Inspire2Live had a good discussion recently with epidemiologists and pathologists from the Dutch Cancer Institute. And what emerged? There is not one official law or rule that impedes the removal of tissue from patients for use in research. Not even for future research. It´s simply a case of asking nicely. In other words, getting the patient´s consent. And all patients give their consent.

So where are these restrictions coming from? Is there really anything amiss? Of course there is. It´s the internal committees of the hospitals. They play the role of the patient and decide what may or may not be done. They get three people together to come to an agreement and make up some rules and suddenly the machinery grinds to a shuddering halt. Really. It’s incredible what people submit as dangers, risks, fears. And they all have to be implanted into rules. And everyone knows:  “Give people rules and they stop thinking.” We really have to fight this. Radical, I know. The patient decides and no one else. It’s their tissue.

It’s so simple. The patient goes to the doctor and the doctor asks if it’s all right to take an extra vial of blood for research. Now and in the future. When making a diagnosis, some tissue often has to be taken to determine if cancer exists and, if so, which type. So just ask if some extra tissue could be taken for research. Now and in the future. And the patient will say “yes”. Why? Because the patient understands there’s a big problem that needs to be solved. And let’s also ask patients who we know are going to die because there is no suitable treatment for them yet. I’m thinking of those suffering from pancreatic cancer, lung cancer caused by the tobacco industry and oesophagus cancer. One of the reasons there are so few treatments is that there has been little research carried out. Making tissue available can contribute greatly to this.

Every year 10 million people die of cancer. That must stop. And it’s going to stop. And to stop it, a lot more proper research needs to be done. Co-operation between patients, doctors and scientists will make this happen.