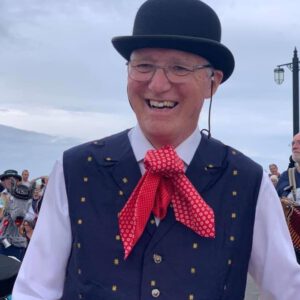 My training is in science, engineering and the arts and I have worked and collaborated internationally all of my life.  I played a role in the development of the internet and maintain a technological thread, despite leaving the IT industry to concentrate on the arts since 1993.  A multi-disciplinary artist and musician.  Founded an international music society and annual festival and a national conference for folk drama.