March 25 2015 Inspire2Live organized a lung cancer congress at the Medical Centre of the Free University. 3 topics were intensely discussed and actions will be taken to improve the quality of life from lung cancer patients. 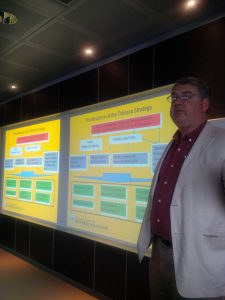 Patient Advocates, researchers, clinicians and representatives from a health insurance company, came together and worked on several initiatives. One of the researchers was Louis Kyriakoudes, a historian from the University of Southern Missisippi. Invite a historian to a lung cancer congres? Yes, that’s what Inspire2Live does; bring together people with different perspective around important topics and invite them to come up with a solution.

Read the presentation about Tobacco Strategy from Louis Kyriakoudes..