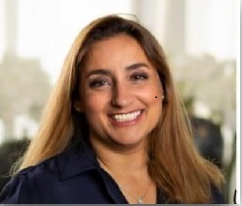 Head of Cancer Research and Nanomedicine Laboratory;
The Hermann and Kurt Lion Chair in Nanosciences and Nanotechnologies;

She served as Chair of the Department of Physiology & Pharmacology at the Sackler Faculty of Medicine (2014-2018), as President of the Israeli Controlled Release Society (CRS) (2010-2015), Chair of IACUC of Tel Aviv University (2013-2017). She received her B.Pharm. from the Hebrew University in Jerusalem in 1995 and her Ph.D. (Summa Cum Laude) in Polymer Chemistry and Cancer Nanomedicine from the University of London in 1999 with Prof. Ruth Duncan. She then spent four years as Postdoctoral Research Fellow at Harvard University and Children’s Hospital Boston working with Prof. Judah Folkman on Vascular and Cancer Biology. In 2003, she was appointed Instructor in Surgery at Boston Children’s Hospital and Harvard Medical School. She joined Tel Aviv University in 2006. She serves on the Board of Directors of Teva Pharmaceutical Industries, Board of Governors of Tel Aviv University, Member of 8400-The Health network, member of the Scientific Advisory Board of the Blavatnik Center for Drug Discovery, the Israel Cancer Association, the Hospital Universitari Vall d’Hebron -Institut de Recerca (VHIR, Barcelona, Spain), The Rothschild Fellowships Committee, several VCs, biotech companies and editorial boards of scientific journals.

Her multidisciplinary research laboratory focuses on basic research elucidating the mechanisms underlying the switch from cancer dormancy leading to the discovery of new molecular targets to interrupt tumor-host interactions. Her approach is followed by the design of highly-selective targeting molecules integrating biology, chemistry, medicine, bioinformatics and nanotechnology to selectively guide drugs into pathological sites. Throughout, she has maintained an interest in understanding the biological rationale for the design of nanomedicines suitable for transfer into clinical testing. She published more than 125 manuscripts, 13 book chapters, edited 2 books, is named inventor on 60 patents, some of which were licensed to Pharmaceutical and Biotech companies, and has delivered over 500 lectures worldwide. Her students are pursuing careers in academia, industry and government.

She is a founder of 2 spin-off companies and is actively engaged in translational research with several industry partners and in science outreach. She was awarded numerous prestigious grants and prizes among them Fulbright, Rothschild, Wingate, Alon, Young Investigator Award of the European Association for Cancer Research, JULUDAN Prize for the Advancement of Technology in Medicine, the 2013 Teva Pharmaceutical Industries Founders Award for the Discovery of new molecular mechanisms and targets that would lead to new therapeutic approaches, The 2019 CRS Translational Research Award, The 2020 Youdim Family Prize for Excellence in Cancer Research, The 2020 Kadar Family Award for Outstanding Research, the 2020 Michael Bruno Memorial Award and the 2020 Humboldt Foundation Bessel Research Prize. Her scientific achievements were acknowledged numerous times by inclusion in honorary lists by leading magazines (Forbes, Globes’ Woman of the Year 2019, named one of Israel’s Top 40 under 40 by The Marker, and by the Calcalist, and as one of 20 most promising Israelis by Yediot Aharonot). She was elected the 2019 Chair of the Gordon Research Conference on Cancer Nanotechnology, was awarded the 2018 Israel Cancer Research Fund Professorship, was selected to represent Israel at the 2016 Biennale in Venice on the Influence of Medicine on Architecture, and was awarded the European Research Council (ERC) Consolidator (2014-2019), Advanced (2019-2024) and Proof of Concept (PoC) (2019-2021) Grants.